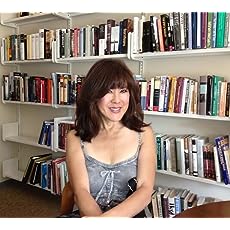 I grew up in an era when the U.S. Census Bureau need only come to my family’s house to get a total head count of Koreans in my ‘burb. That reality is reflected in ten books published in seven languages, beginning with the novel “When My Sister Was Cleopatra Moon” (Miramax 2000). A forthcoming memoir THAT LONELY SPELL: STORIES OF FAMILY, FRIENDS & LOVE (Heliotrope Books 2022) deals with the universal themes of love and loss against the backdrop of my unique Korean American experience.

My shorter works – stories and essays – have appeared in O: The Oprah Magazine, The Chicago Quarterly, The Bellevue Literary Review, The London Magazine, Pleaides, Spirituality & Health Magazine, OZY, Slice, Folio, Gulf Coast Journal, and Arts & Letters, to name a few. My ode to my mom – “You Two Are So Beautiful Together” (Massachusetts Review/Summer 2016) – earned a spot on THE BEST ESSAYS 2017 Notable List.

I’ve been interviewed on ‘Good Morning America’, CNN, the Diane Rehm Show, Voice of America, Radio Free Asia, and NPR. When I’m not in writing mode, I’m at Chocolate Chocolate, a sweet boutique in Washington, DC breaking bonbons with customers. During the Pandemic, offering only curbside pickup, it’s been a bit more trying but we do what we can, muffled with masks, with a plexiglass divider between us. Sigh.

In closing, it’s good to know your gifts in life. Mine is NOT playing the ukulele – but I’m trying to teach myself anyway. My goal? To play a single recognizable song.